Webinar Recap: An Introduction to Behavior Analysis and Sexuality

In BHCOE’s webinar Another Kind of Spectrum: An Introduction to Behavior Analysis and Sexuality on Sept. 2, 2020, Shane T. Spiker, Ph.D., M.S., BCBA, discusses some challenges of working within the realm of sexuality and provides considerations for behavior analysts to begin developing the tools to work in in this area.

Here are some highlights from Dr. Spiker’s talk.

Sex As a Target Behavior

Sexuality behavior is complex, involving a combination of social skills, biology, verbal behavior, contextual variables, education and more. “Sexuality is not about the act alone and I think that’s a big misconception about sex and sexual behavior in general. It can be difficult to know where to start from a behavior analytic standpoint,” says Dr. Spiker.

Challenging behaviors can have a significant impact on the learner and family members. In fact, just one incident of inappropriate sexual behavior can have serious consequences. The behavior can result in social isolation, financial issues, safety concerns, and even legal problems and arrest.

“Our culture is far more sensitive to sexual behavior than they tend to be about aggressive, destructive or self-injurious behavior,” says Dr. Spiker. “It only takes one incident for an individual to become socially isolated and stigmatized. And if the sexual behavior is dangerous, the learner can put others at risk.”

Some of the common behavioral problems Dr. Spiker detailed in the webinar include:

Dr. Spiker shared the story of a patient with HIV who refused to take their retroviral medication and had unprotected sex with unknowing partners. For this patient, Dr. Spiker worked on medication compliance, with the patient earning more reinforcements for taking the retroviral medication. He also focused on educating the patient on safe sex, including obtaining and carrying condoms, and the legal consequences of failing to disclose HIV status to sex partners.

The need to educate individuals with ASD about sociosexual issues is widely acknowledged in the clinical literature. Inappropriate sexual behaviors among those with ASD can have devastating consequences, including sexual abuse, unwanted pregnancy and inappropriate displays of sexual behavior.

“Start teaching with ample time and involve family members. Puberty and the associated anatomical, physiological and emotional changes hit quickly,” says Dr. Spiker. “It’s important to teach social skills and begin looking at whether there are prerequisite skills to teach, such as changing a menstrual pad.”

When conducting assessments and interventions, be mindful of how intrusive the activity is. Think about whether you can or should observe the behavior and what kinds of questions you’ll ask in order to assess the problem. Think about who is allowed to know the information that may come up; disclosing a minor’s sexual health information to parents varies by state.

Considerations for Working in Sex and Sexuality

First, there isn’t a lot of research in behavior analysis in a sexual behavior realm. Dr. Spiker says that interdisciplinary work is often needed. For example, extensive research on video modelling, environmental manipulations and human behavior exists that can be applied to the sexual health realm.

Many people assume a particular behavior is automatic or self-stimulatory, but Dr. Spiker cautions that that isn’t always the case. Some engage in a behavior for attention. “There are a hundred different management strategies, but how you actually impact behavior depends on the behavior of concern and the MO,” he says.

Environmental manipulations might work in one situation, while discrimination training to reinforce a behavior may work in another. Tasks analysis or video modelling can be effective at teaching certain socialization, behavior or daily living skills, such as taking birth control, expressing sexual feelings or putting on a condom.

Dr. Spiker advises that it is critical to understand what supports are currently in place for a patient and what you are legally allowed to implement. He advises that behavior analysts pursue additional training and mentoring before teaching sexuality. Seek out mentorship from a qualified behavior analyst or an American Association of Sexuality Educators, Counselors and Therapists (AASECT) educator.

“Don’t start teaching sexuality without additional training,” says Dr. Spiker. “This can cost you your certification. If this is an area you really want to dig into, consider getting certified through AASECT.”

To watch the full webinar and learn about upcoming webinars that cover issues affecting the ABA community, visit www.bhcoe.org/virtualacademy.

← Previous Article
» All Articles «
Next Article →

Get the Latest ABA News, Resources and Events
in Your Inbox 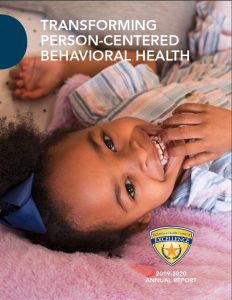