The Role of Caregiver Involvement in ABA Therapy 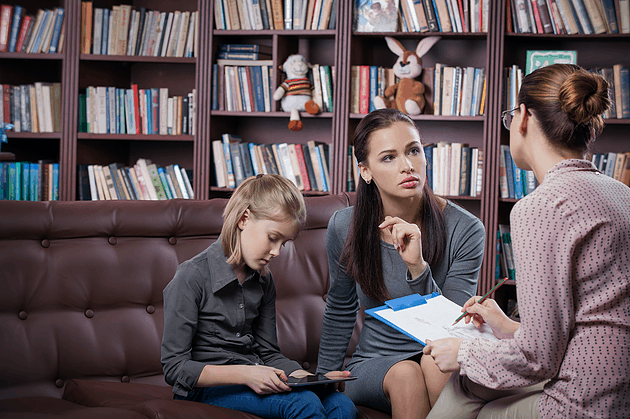 While sometimes researchers can argue over the “best” treatment modality or strategy used in early intervention programs for children who fall on the autism spectrum, there is one thing upon which all researchers can agree:

Parents possess the powerful ability to make a positive difference in their children’s lives.

Although each autism treatment program looks different, they all rely on parental involvement (National Institute of Mental Health, 2004).

That’s why, in this article, we’ll explore what research has to say about the role parental involvement plays in the cognitive and behavioral development of children with ASD and why you should strive to encourage parental involvement as much as possible in your practice as behavior analysts.

Why Parents Matter to Your ABA Program

Research consistently shows that “parental involvement is the one invariable factor and an integral part of the success of early intervention programs for children with autism” (Ozonoff & Cathcart, 1998).

Since children spend the majority of their time with their parents, it is advantageous for parents to be trained in ABA techniques and involved in the process in order to “maximize their child’s learning rate and skill development” (Hailstone, 2014).

In a 1998 study that examined the effectiveness of an in-home program for children with ASD, Ozonoff & Cathcart (1998) found that children who received consistent parental teaching in the home in combination with a structured early intervention program displayed increased cognitive and developmental skills.

Furthermore, parental involvement is important because it helps ensure that the behaviors learned generalize into the home environment and elsewhere (Dillenburger, Keenan, Dohtery, Byrne, & Gallagher, 2010).

Without parents continuing to use the ABA techniques taught in their children’s structured intervention programs, it’s easy to undo the new skills their children pick up if they’re not constantly being reinforced within the home, community, and wherever parents are present with their children.

Based on the research, it’s clear that if you want your ABA therapy to be as effective as possible the parents must be on board.

However, this can be challenging. Parents of children with ASD face several roadblocks that often hinder their level of involvement and negatively impact their children’s overall success.

The Biggest Challenges to Parental Involvement

According to a recent study that examined parental involvement from the perspective of mental health professionals who were interviewed in the field, “Stress is the main reason for lack of parental involvement alongside a child who is enrolled in an early intervention program” (Bennett, 2012).

One of the participants in Bennett’s study described her difficulty in getting parents to follow through with the techniques she was teaching their child because they were too busy “just trying to get basic needs met.”

According to a study of nearly 300 teachers and parents of children with autism, parents had more stress in relation to their child’s behavior than teachers (Lecavalier, l., Leone, S., Wiltz, J., 2006). Lecavalier et al. (2006) attributed this to the fact that teachers have the educational background, training, and resources to know how to handle unwanted behaviors. Parents, on the other hand, often feel clueless as to how to handle their child’s problem behaviors and just want someone to fix it.

Raising a child with autism without balance and financial stability in the home only adds to the stress any parent of a child with ASD experiences. Parents with less education typically have a lower salary as a result and tend to work long hours, come home exhausted, and not have the time or energy to spend working with their children (Bennett, 2012). In the same way, single parents struggle to balance meeting their basic needs in addition to providing their child with the care and support he or she needs at home.

On the other hand, studies have shown a correlation between higher socioeconomic status and increased parental involvement. Families with high SES typically have more access to resources and support, and they don’t have to worry about meeting their basic needs on top of caring for their child (Benson, P., Karlof, K., & Siperstein, G., 2008).

Cultural differences and language barriers can also impact parental involvement and make it difficult for professionals to communicate with and train parents appropriately (Bennett, 2012).

While many factors may hinder parents from being involved with their child’s therapy, healthy parental involvement can result in huge steps forward for both the child and the entire family.

Parents need to know the crucial role they play in their child’s success. However, as Bennett (2012) discovered, “there is no right amount of parental involvement because every family has different needs.”

Ultimately, there should be a balance between those parents who are over-involved in their child’s treatment and those who are under-involved.

One participant in Bennett’s (2012) study described this “balance” as somewhere “between feeling that your child has this diagnosis that you need to fix and that you need to make them better and have a balance of enjoying your child for who they are because there’s much in autistic children and much about them that is absolutely delightful and that typical children might not be doing, that could be channeled as a strength or could be something that you really enjoy about your kid.”

Another participant described optimal balance as “being able to understand their child’s diagnosis, being able to work with people in the school district, or the people here in our program to be all on the same page and working on the same things” (Bennett, 2012).

The Far-Reaching Impact of Parental Involvement (or Lack Thereof)

While numerous studies show that families who are involved with their kids greatly contribute to the success of their child’s intervention program and their developmental progress, the lack of parental involvement can be detrimental to the progress of ABA therapy and the whole family.

When parents aren’t involved in the process, it creates a “disconnect between the treatment room and what goes on in the child’s home” (Bennett, 2012). Communication lines are closed off so that the professionals don’t know what isn’t going well at home or on what they can help families work.

As one participant in Bennett’s (2012) study described, “If they are not very open to that parental involvement piece and they don’t open those doors, we don’t know what’s going on at home. We don’t know what’s missing, or we don’t know how to make it stronger, or how we can work on the follow through piece.”

Ultimately, a lack of parental involvement results in children with ASD struggling to generalize their skills and progress across different environments. Without continuing to work on their learned skills at home, children won’t achieve as much progress and could even regress (Bennett, 2012).

Fortunately, as a provider, you can educate parents on how important their role is in order to avoid these problems.

Raising a child with autism comes with its own set of challenges that can be very stressful, frustrating, and discouraging to parents. However, multiple studies offer hope for these families by revealing the powerful impact parents have on children when they are involved in therapy and in communication with providers like you.

Researchers in the study on the role of parental involvement in autism early intervention agree that in order to see the biggest gains, professionals, practitioners, and parents must work together as one unit.

Don’t neglect the importance of parental involvement in your ABA program. Instead, make sure parents know from day one how critical their role is in making a positive difference in their child’s life. Then work with your team to encourage their involvement and promote their child’s progress.

Interested in learning more about what you can do to promote parental involvement? Check our blog for our 2nd series article on this topic.

Summers, J. & Hall, E., (2008). Impact of an Instructional Manual on the Implementation of ABA Teaching Procedures by Parents of Children with Angelman Sundrome. Journal on Developmental Disabilities, Vol. 14(2).